IN STOCK. SHIPPING IN 5-7 DAYS

It´s been a while since we launched “River Jetsurfing” in 2015, recorded in Foz de Lumbier, Spain. This was one of the first videos we recorded to present the brand when Onean started its activity.

Three years later, and after having stablished ourselves as a reference company of electric jetboards, we decided to move from the river to the city, and what a better city for it than Bilbao? 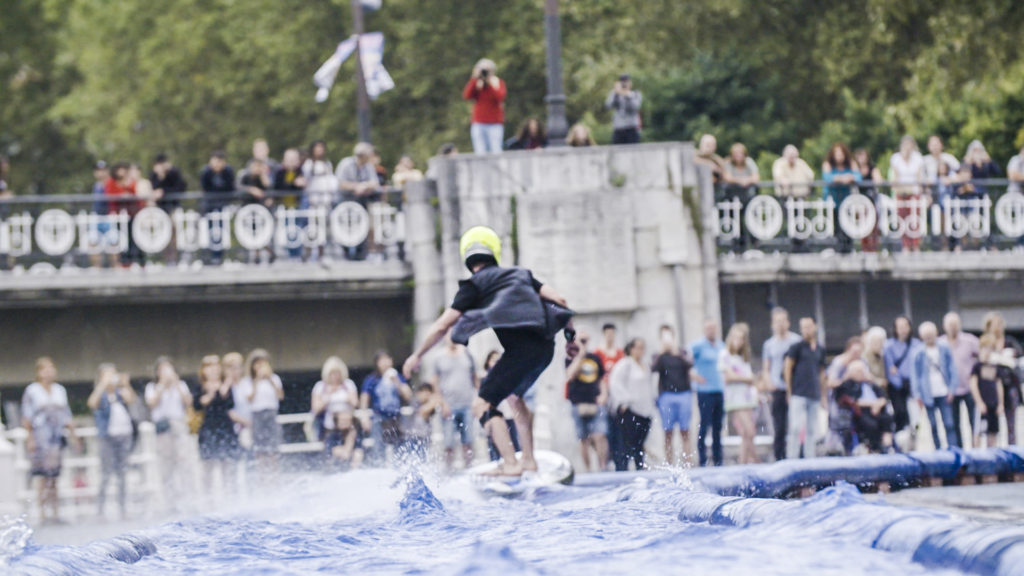 To record the video of City Surfing we designed a removable handmade canal made of tubes and covered by a tarp. Using a water pump we filled the removable canal, which was more than 100 meters length,. This way, we were able to film the Carver electric jetboard in some of the most emblematic locations of Bilbao.

You can watch the full video here, hope you enjoy it: